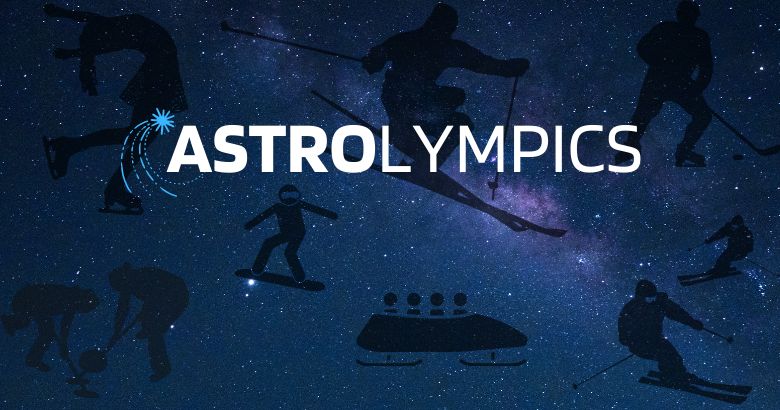 The Pinwheel Galaxy is a spiral-shaped galaxy about 21 million light-years from Earth. But on the night of February 15, in South Fayette Township, a library room of interested elementary school-age children were busy creating and spinning their own spiral-shaped galaxy pinwheels during our AstrOlympics program.

The event featured hands-on stations for the children to explore the physics of an Olympic sport, while simultaneously learning about corresponding cosmic phenomena.

The highlight of the evening was a live Zoom call with Dr. Quyen Hart, a scientist from the Space Telescope Science Institute in Baltimore

Judy Dobies, our Youth Services STEAM Coordinator, was inspired to host the event by attending a webinar hosted by The National Girls Collaborative Project – Girls STEAM Ahead with NASA (GSAWN) in November of 2021.

Although our young patrons’ homemade galaxy pinwheels might not last long, we hope a program like this will spark a passion for learning for many years into the future.

More About the 2022 AstrOlympics Event:

WHO: Children in Grades 3-6

What do Olympic athletes and objects in outer space have in common?  These Olympic-based activities mirror the cosmic phenomena throughout the universe.

This program was developed with help from Nasa’s Chandra’s X-ray Observatory – https://chandra.si.edu/astrolympics/ and the Girls STEAM Ahead With NASA.

Speaker: Dr. Quyen Hart is a Senior Education and Outreach Scientist in the Office of Public Outreach at the Space Telescope Science Institute in Baltimore, Maryland USA. She works on various aspects of NASA’s Universe of Learning, an integrated astrophysics STEM learning and literacy program. She is also involved in other outreach projects for the Hubble Space Telescope, the James Webb Space Telescope, and the future Nancy Grace Roman Space Telescope.

Dr. Hart earned her Ph.D. from the University of Colorado Boulder, where she studied active super-massive black holes in clusters of galaxies. For more than two decades, Dr. Hart has been actively involved in formal and informal astronomy education, providing unique learning experiences for people of all ages. She is passionate about sharing the wonders of astronomy and science to the general public because she knows that everyone can be a scientist!